Last week, Dutch Wave Power took an important step in unlocking the potential of wave energy. After the first analysis, it can be stated with great certainty that the theoretical model has been validated. In short, the model matches reality.

To validate the model, Dutch Wave Power has tested a prototype in the Deltares Delta Flume. The Delta Flume is the largest wave laboratory in the world: where waves can be generated that simulate real conditions at sea. In short, the ideal test location. 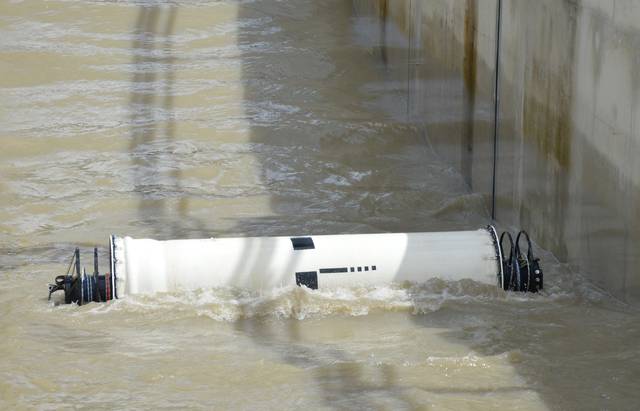 During the test, 25 wave scenarios were applied to the prototype, with the regular waves as the first, because they can be simulated very well. The physical functioning of the prototype is also clearly visible. Result: big smiles!

After that, the sea profile JONSWAP was applied to the prototype. Here, too, the prototype worked better than expected. Nevertheless, we saw a few points for improvement here. And that is exactly what we did this test for: validating and identifying areas for improvement.

For the test, many sensors were placed on the prototype: accelerometers, gyros. It was also measured how much energy was generated. All these gigabytes of data and videos will be analyzed in the coming weeks. On to the next step: the test at sea.